I’ve never tell about him to others, unless, I’ve trusted that person thoroughly. Tamau jadi mcm apa yg dah terjadi 6 years ago! *Trauma…*
But, on this sincere page, read by sincere eyes with a sincere mind and heart… let me introduce to you, my_ehem2… apa yah mahu dilabelkan dia ini?.. Ummm, let’s just call him... *My Mr.Right”. Ngehehe…~

Okies… his name is H 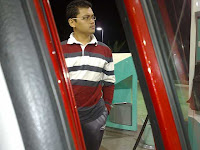 afizal Bin Elias. Born in December 29, 1981. he is 2 years older than me~abang… kikiki. He’s a Capricorn and coincidently, he suits the characteristics of a Capricorn man very well. He’s so understanding, patient, loyal, good with money, romantic (in his own way), sensible+sensitive, quiet but smart, thoughtful, positive thinker, handsome (of course…) and s0o0o loving.

Me and him, is like heaven and earth. Way too different! Not a single thing in both of us that could be shared. ~sangat2 lain dan berbeza.. but that, make us complete each other *wink~wink…*

He’s so passionate about everything that he do and I never heard him weeping and whining on difficulties that he faced in life. He’s so diligent and sometimes he touches my heart with his sincerity_angelic kind of words and actions. Although sometimes, he, too, getting on my nerves, he calms me down with his soft-spoken voice, mends me with his sweet jokes and his voice echoing every minute and every second in my ears. 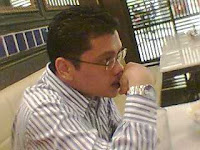 He makes me so special and appreciated. Whenever we are going out together, eyes will be on us. * I think so…ke, perasan sorang2??? Gagaga…* he is so well-known (because of his family background) but he never says a word about that. *Biasalah… pipit yg mahu terbang dgn enggang… tak semua daripada mereka yg setuju…) * he makes me believe that true love does exist. He made me cry unstoppably when he said that he wanted to be with me, forever, though that claim him to leave all his wealth and assets behind~and he did that.

~I love him… *cinta mati* and I do pray that Allah will always let him be mine forever. Here and hereafter. InsyaALLAH… amin…

What else could I ask for? 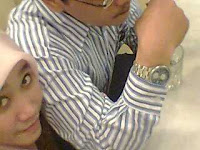 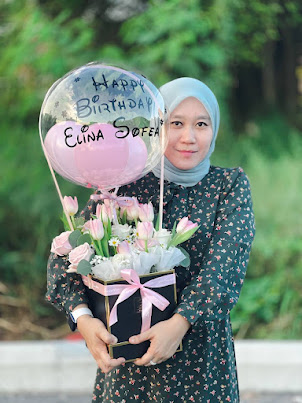