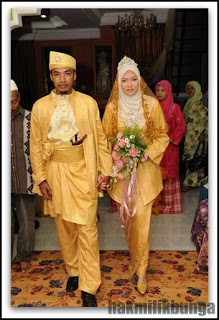 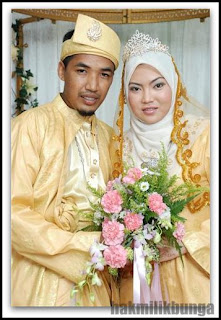 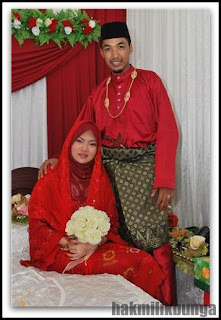 I almost cried the moment I looked at these pictures. As if my heart was literally pinched by thousands of unseen needles. Then the flashback took place.

Back in 2003-almost 6 years ago.
I wander if he could still remember the moment where we both pretty much secluded from others; he walked behind me as we marched to the lecture room FPP 211. I didn’t know him and neither was he knew me.

We were one of those candidates, been there for the TESL intake’s interview-and there he was, tried to look as friendly as he could, but I could sense that he’s too were alienated. Then I did the first move-asking him silly silly questions and without even we realized it, we burst into hysterical laughter.
That was the day when we began our friendship.
1st of April 2003.

We’ve been through quite a lot. And I mean a lot.

He sat next to me during our BIG day-our convocation’s day. 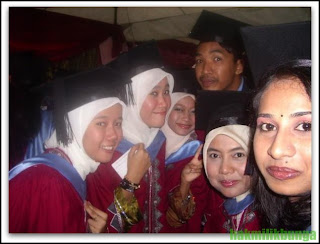 I love him. (yesss i dooo-as a frenz ok)

To be honest- I miss him.

And seeing he dressed like this-I don’t know, it hurts me really deep. He does now belong to someone else- his rightfully spouse and companion. His jokes will not be mine any longer, his smiles will not be shared anymore and his most of times are allocated for his wife from now on.

So long KETET-so long. Thanks for the pictures.
Be a good husband.
Love her whole heartedly.
See you when I see you.

Email ThisBlogThis!Share to TwitterShare to FacebookShare to Pinterest
Labels: # birds are chirping # 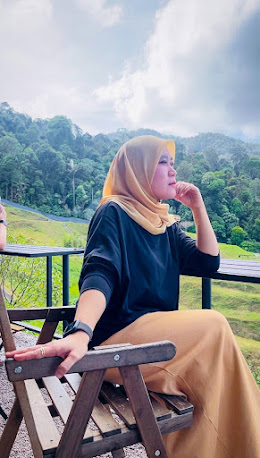